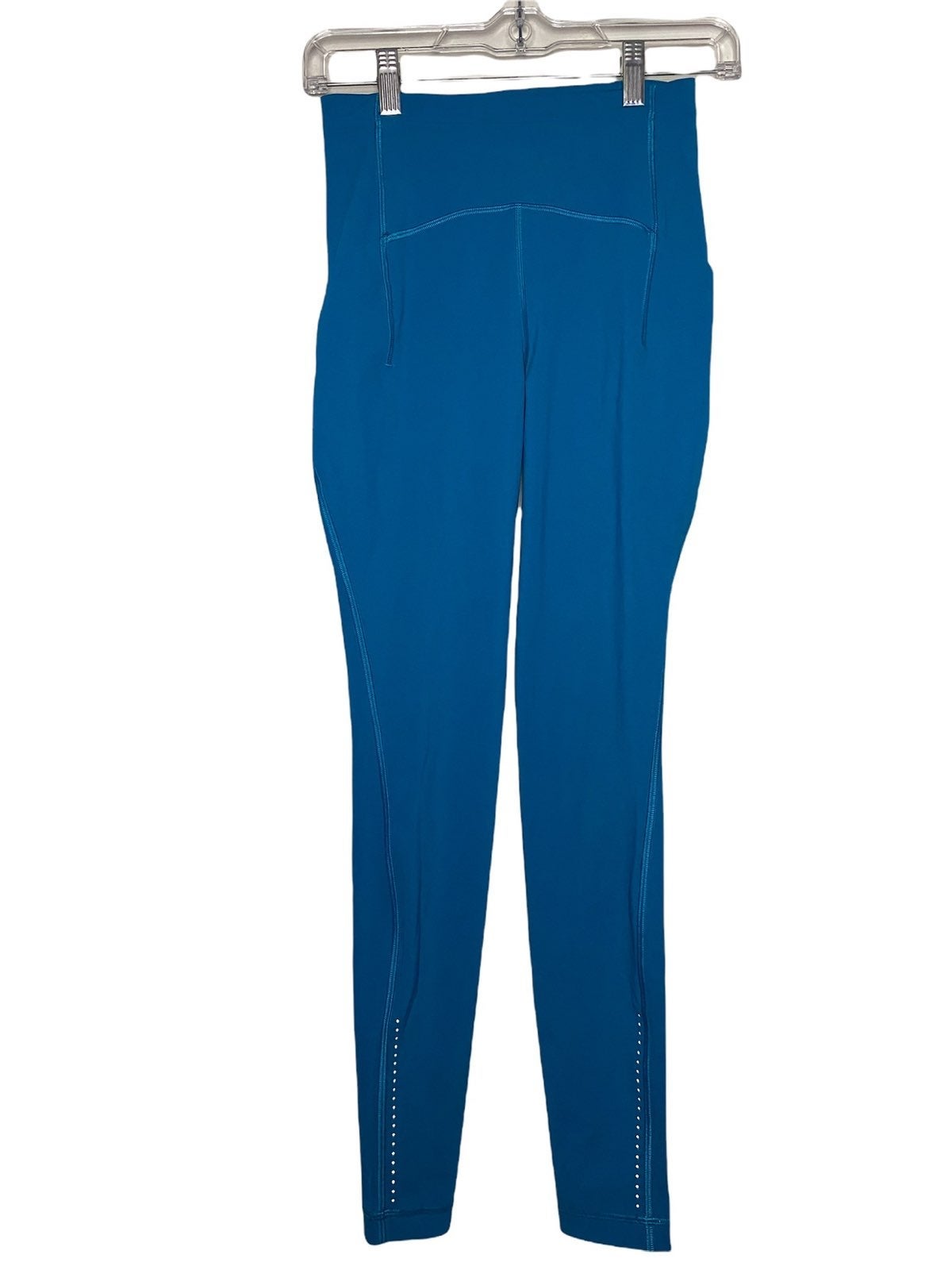 A House Built from Plastic Bottles

Plastic beverage bottles are considered by many to be a bane of modern society, but their durability and strength has an appeal that some people are able to take advantage of. In Argentina, there is a house constructed from these bottles. Not just the exterior wallsbut also the bed
While this may seem like a novel idea, a little digging shows that it is not. Such houses exist around the world. Just don't expect to see one in my yard soon however. I suspect that my wife, the neighbors and the City of Woodbury would disapprove.

All of this demonstrates many of the strengths (literally) of water bottles. While most people focus exclusively on what only during its brief life in the hands of the consumer, I've mentioned before just some of the many requirements that a water bottle needs to meet, many of which the consumer is not directly aware of. Having a long life before it degrades can be good or bad, all depending on the application.

These houses are new to me, although the use of plastic water bottles in construction isn't. I wrote in the past about the use of water bottles in roofs, either as a light source or as a thatching material, all of which shows further the limitless of human creativity. I doubt that this is the last new use we will see here for such bottles.

Plastic rice and other fake foods

One story that seems to never die on the internet are claims of "plastic rice" (Venusaur, RRP Co Robinson-Ransbottom Vase Old Colony 2 Handle Vintage Rose and 3.) I find the endless claims very strange, not only because of their endlessness, but also because the whole idea of making rice from plastic in the first place is pretty idiotic for more than one reason. As was noted in the Bangalore Mirror article,

'Rice is being sold at Rs 40-Rs 50 per kg while if at all one has to make plastic rice [sic], the cost would be somewhere around Rs 200 per kg. So, I don't think there is any logic in this.'

Further, plastic rice would be immediately obvious to the consumer with the texture being extremely different from real rice, (assuming the rice was cooked even close to properly).

What really hits me as funny is all the "testing" that the articles do to ascertain if rice is plastic or not. Burn some with a match and you can easily tell the difference.

I'm old school enough to remember kits available for purchase that relied on this technique for quick-and-easy plastic identification. While the kits no longer seem available, the information still is. And anyone who has spent much time in a plastic processing plant will rapidly be able to tell what resin is being run just from the aroma in the air.

But getting back to the costing of creating fake food, rice (and eggs) and other low cost food items are worth the bother. If your are going to create fake food, go for something expensive. Fake caviar would be a good starting point. Hydrogels are readily available. and already used in bubble tea. Add a little bit of fish flavor, salt and color - voila! cheap caviar, and most people wouldn't even know the difference - PLUS, there would be much bigger profit margins available. But alas, it's already been done.

Ok, so that idea didn't work out. How about something else, like fake cheese...

Today's post is going to cover a wide range of topics, starting with magma rheology, and connecting to that wildebeests and smartphones. It might be too much for a Friday, so if you hold off reading this until Monday, that's just fine.

This rambling journey all started a post from Lucky Money Envelope Giftcard Holder Bundle (a really great site for wasting huge amounts of time on fascinating, relatively unknown items from around the world). It mentions a unique volcano in northern Tanzania, Ol Doinyo Lengai, which spews carbonatite lava instead of the usual silicate magma.

Magma is still magma - hot, molten rocks, but the lack of silica in the magma is very unusual. This is the only active volcano in the world that has carbonatite magma (more on the inactive volcanoes in a minute). Silica, as you may know, is capable of forming long chains thereby increasing the viscosity of normal magma. It also increases the temperature at which the magma needs to be heated in order to flow. Carbonatite magmas cannot form such long chains, so their magmas can be of lower temperature (500 oC vs. 1100 oC) and viscosity. (At 500 oC, the stuff isn't even glowing red!) And it appears to freeze pretty quickly, leading to some exotic formations:

The Atlas Obscura article is pretty short, but some more digging turned up some further fascinating connections. The Wikipedia page for the volcano states that


"The carbonatite ash spread over the surrounding grasslands leads to a uniquely succulent, enriched pasture. This makes the area a vital stage on the annual wildebeest beast migration, where it becomes the nursery for the birth of several thousand calves."

And further digging led me to this article by a Dennsion University Professor. The whole basis for some volcanoes being silicic and others being carbonic is still unresolved. Weirder yet is that Ol Doinyo Lengai used to be silicic and only recently has become carbonic. And still weirder yet is that carbonic magmas are associated with deposits of rare earths elements. The largest rare earth mine in China as well as the rare earth mine in the US are both located in carbonic deposits, and rare earths are crucial components for smartphones, supermagnets and other items of modern technology.

Prior to this, I never new that there were such variations in magma, let alone that they would have such profound impacts for those of us living on the surface of the planet.

Posted by John at 8:29 AM 110 comments
Email ThisBlogThis!Share to TwitterShare to FacebookShare to Pinterest
Labels: rheology

This is one strange photo:So many questions. So many. Staged photos (and yes, this obviously is one) will often do that, but this one seems to have gone off in a third dimension.

This was on the walls last month for a 50th class reunion so the age of image, the clothing and other fashion items are not what's strange. Nor is the lack of PPE, giving the time the original photo was taken. The biggest question to me is why is the instructor holding a condenser(?) with the tip just few inches away from the throat of the student? It's looks like the poor lad is being force to read a signed confession or otherwise threatened. The round-bottom flask in apparent isolation is also odd.

The writing on the chalkboard is equally strange. Not the the left side, where you have the conversion between Fahrenheit and Celsius - that's fine. Rather it's the (repeated) equation in the middle that is the head scratcher. It's a formula for cutting speed and it's used with machining equipment.

Two worlds colliding - machinists and chemists. I strongly suspect that at the very least, the instructor had no chemistry experience. The same would be true of the photographer. And certainly no one thought that the photo would be preserved for 50 years. I haven't been able to find any further details; it's just an old photo kicking around that was made into a poster. Keep that in mind next time you take a photo. It may end up being a poster somewhere where you least expect it and no backstory to explain it. Rather frightening, huh?

Posted by John at 9:08 AM 132 comments
Email ThisBlogThis!Share to TwitterShare to FacebookShare to Pinterest
Labels: misc.

Catching up with the Activist Investors at Dow and Dupont

It's been quite a while since I wrote about the activist investors at Dow and Dupont, Daniel Loeb and Nelson Peltz, respectively. I figured the merger of the two companies would be the end of it, particularly since the merger would be immediately followed by splitting the company into three parts in order to satisfy regulatory bodies. And that splitting was what both activists desired when they initially took up their positions (that plus a seat on the company's respective boards). But as the merger has dragged on (it was first proposed in December of 2015(!) and still isn't done), it's time to update what Loeb and Peltz are up to.

Peltz first. His position is easy to describe. He's sold off most of it so that he can be now bug Proctor & Gamble, GE, Sysco and Mondelez. That's truly shocking. As one writer Healing hands bougfant cap, Navy, NWT,

"[c]orporate executives might want to think twice before relying on hedge fund matchmakers. It appears they are not even patient enough to stick around for the wedding."

Loeb on the other hand, seems to be getting rather impatient and the longer he waits, the bigger of a slice of wedding cake he expects. He is asking why cut the cake into 3 slices when you can cut it into 6 slices, and we all know 6 is bigger than 3, right? (Just like an amp that goes to 11 is better than one that goes to just 10.) And in making the additional slices, everyone gets an extra $20 billion dollars.

If that math doesn't make sense to you, well, I've noted in the past that Loeb has the math skills of a high school student (1 and 2), and a lousy student at that. Having lots of money and wealthy friends doesn't make you intelligent, but it will get you access to a microphone, strangely. If Loeb really believes that the combined value of the new company cut 3 ways is worth an extra $20 billion, then the market will quickly realize its mistake and value the companies appropriately with a larger stock price. And if that still isn't fast enough, then I suggest that Loeb get some of his rich friends together to buy the undervalued companies and split them yourselves. It's an old idea, but I believe it's called "putting your money where your mouth is".
Posted by John at 7:12 AM 91 comments
Email ThisBlogThis!Share to TwitterShare to FacebookShare to Pinterest
Labels: business, Dow, DuPont

The Metropolitan Police released photos yesterday of some of additional "tools" used in the recent terror attacks on London Bridge. Surprisingly, they included plastic water bottles.The bottles had been covered with duct tape to create an element of mystery or the unknown and were attached to a belt worn by the attackers. They weren't filled with anything, but I have to admit if I saw a group of knife-yielding attackers wearing such equipment (assuming I could completely overlook the knives), they would look real enough for me.

I'm assuming the bottles looked in better shape prior to the attack, and upon closer examination in an environment in which no one's safety is a concern, the lack of visible wires makes the devices look suspiciously fake. Even after the attackers were "neutralized", the bottles would still need to be considered a serious bomb threat until decided otherwise which leads to more concerns for authorities even after an event looks to be over. I don't know if this is the first time "duct-taped-water-bottles-as-real-looking explosive devices has been used, but I would expect to see more of them in future attacks around the world (a statement that saddens me to write).

All of this really emphasizes that "the belts made the bravery of those who took on the attackers even more remarkable".
Posted by John at 11:57 AM 41 comments
Email ThisBlogThis!Share to TwitterShare to FacebookShare to Pinterest
Labels: terrorists
Older Posts Home
Subscribe to: Posts (Atom)

Who is this guy?

John
St. Paul, Minnesota, United States
25 years experience in rheology, all things polymeric and whatever other technical aspects get dragged along. You can email me directly at rheothing at gmail dot com. ORCID iD: 0000-0003-4029-4798